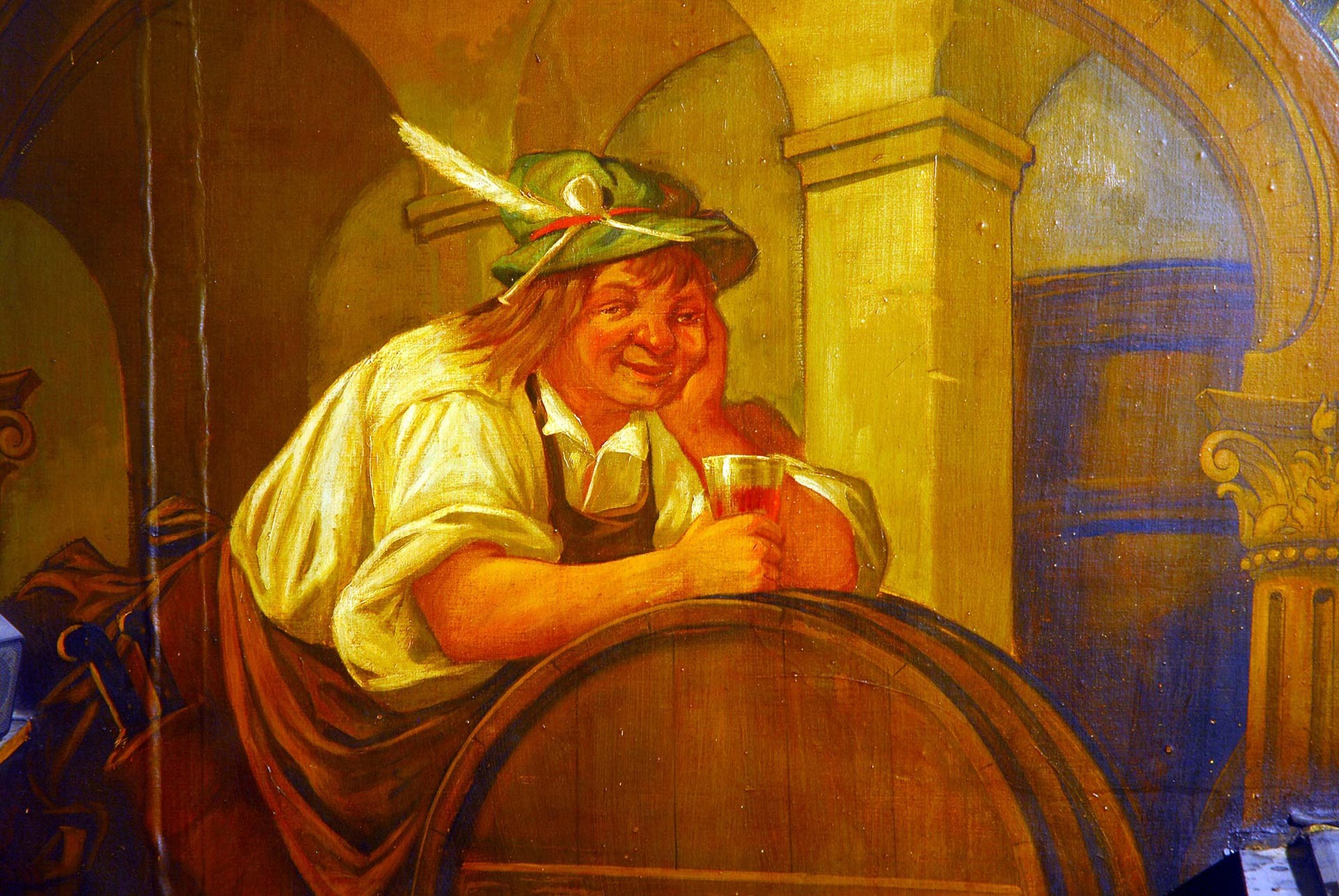 The House «zum Kropf»
in the course of time

From the mayor's quarters to spice shop

The history of the stately house at In Gassen 16 reaches back to the Middle Ages. First mention of the house name "zum Kropf" was in 1444.

The house "zum Kropf" was a private residence until the end of the nineteenth century. Its prime location made it a favorite place to live among distinguished families and citizens. Until 1462 it belonged to the city gunsmith, Lienhart. At the end of the eighteenth century, the house was occupied by the mayor himself, Johann Heinrich Kilchsperger (1785–1798). In 1887, the architect Friedrich Kronauer bought the house. He had a building permit for a restaurant and a beer hall, and sold the property in 1888 to the restauranteur Heinrich Toggweiler-Kölliker. Through the extension on the back and the reconstruction of the ground floor, a three-part restaurant emerged, which still stands today.

In the lower area, the so-called "Bärengraben" (bear pit), accessible from the In Gassen street entry, the guest is met by an oil painting of a rustic drinking scene surrounded by finely arranged panelling. The beer hall is the restaurant's showpiece. At the centre is a powerful "Corinthian" pillar, plastered in stucco marble. The wall panelling is interrupted by two large mirrors, which have lavish baroque frames. Stretching across them is a fresco depicting cheerful cherubs, singing frogs, musical monkeys, and lively drinking buddies. The vault is ornamented with Hermes figures and "culinary emblems"– a cornucopia of vegetables, crabs, and tortoises – indicating a rich banquet of food. A stained glass window integrated in the hall's painted stucco ceiling is characteristic for interiors of the epoch. The rear hall is designed in a simpler fashion, attaining its rhythmic structure from three wood pillars.

In 1909, the new owners, the Hackerbräu München, once again commissioned improvements: a beer and wine lift were built in, the water heating was replaced, and the electrical lighting was installed. More extensive changes were made in 1914: walls and ceiling were renovated and in the rear restaurant, two new murals were added, which are still present today: The city as seen from the lake in the sixteenth century and The Fröschengraben with Rennwegtor, the Haus zur Trülle and the Käuffelerturm. (By the way, the filled-in Fröschengraben – frog's moat – can be found under today's Bahnhofstrasse.)

In 1919, innkeeper and Munich native Andreas Sellmayr purchased the restaurant, which he ran until after World War II. His Hungarian and Bavarian specialties lay the foundations for its legendary status. After a few unglamorous years, in 1962 innkeeper Jakob Brütsch-Sprecher rejoined with the old tradition and brought the original significance back to the old Bavarian beer hall.

In 1975, the three restoration rooms and the façade were designated protected historical monuments. This was a consideration during reconstruction undertaken in the early 1980s in which the operational spaces were restored. Five contemporary apartments were built on the upper floors, which had formerly housed the staff quarters. One room on the second floor, panelled with walnut wood in the eighteenth century, had to be dismantled for operational reasons.

After only eight months of reconstruction, father and son Huber, who had previously run the Zunfthaus zur Schmiden, took over management of the restaurant in 1984. They continued the successful reliance on traditional, home-style cooking. Oscar Huber experienced the most recent refurbishment of the property in 2007/08. Despite the many changes in owners and innkeepers, renovations and rebuilding; of Zurich's many beer and wine restaurants built in the 1880s and 1890s, Restaurant zum Kropf is the only one to have preserved its original decor practically unchanged. With this, it is an important and living witness to the cultural history of a past epoch.

«Kropf stays at it is»

From 1st May 2015, Tony Hammer will be the new host and innkeeper of the most beautiful restaurant in town. He will strive to ensure that the restaurant continues to boast its exceptional history, whilst flaunting its own inimitable style.